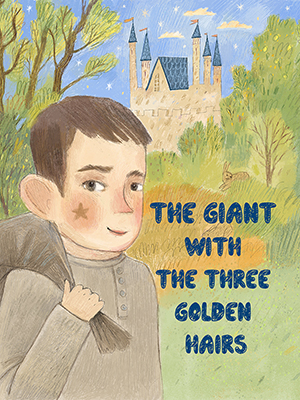 The Giant with the Three Golden Hairs

: When the king hears a prophecy that a poor boy will marry his daughter, he does whatever he can to stop this from happening. After he fails to lock him up in a tower, the king sends the boy to steal three golden hairs from the terrifying giant king’s head. Will the king’s succeed in his plans or will the boy outsmart the king?